July is a busy month on the sporting calendars of the world, with many major events happening. One such event is Wimbledon tennis and it is good to know that many of the top stars support charities and foundations. Rafael Nadal, Roger Federer and Novak Djoković each have Foundations that support the under privileged, whilst Andy Murray supports the Malaria No More project.


20 years ago, in 1997, Martina Hingis won 3 of the 4 Grand Slam Titles, losing only in the final of the French Open. Amongst a host of records achieved by Hingis, 1997 saw her become the youngest ever Grand Slam Champion and the youngest ever World No.1. Her career was in later years curtailed by injury.

In July this year, Martina announced that she has become an ambassador for Right to Play, a charitable organisation that uses sport and play to help educate children in some of the world’s poorest countries and communities.

Right to Play reaches one million children on a daily basis across 18 countries in Africa, Asia and the Middle East. The programme uses local coaches who are trained to deliver the programmes to schools, clubs and to 52 refugee camps in which the organisation operates. There are 14,900 coaches, many of them volunteers looking to make a difference. Right to Play’s community-led approach is fundamental to the project’s sustainability.


Another celebrity tennis star who is involved in making a difference in education is Serena Williams. Via The Serena Williams Fund, she has been actively and personally involved in building schools in Africa and other parts of the world. In 2008, Serena opened her first school, The Serena Williams Secondary School, in Matooni, Kenya. She worked together with the Build African Schools Initiative and Hewlett Packard. In 2010 she opened a second school in Kenya, the Wee Secondary School in Makueni Province.

The schools are fitted with electricity, computers and other teaching aids to assist in promoting a learning environment that will result in success. In 2016 she opened her first school in Jamaica, the Salt Marsh Primary School, in conjunction with Helping Hands Jamaica. This school was created to help “individuals and communities exposed to senseless violence and ensure equal access to education”.


After opening her first school, Serena said that it was one of the landmark events of her life and it is great to see that she has continued with her philanthropic work, engaging in extensive humanitarian work in Kenya subsequent to her initial efforts. The Serena Williams Foundation grants scholarships to under-privileged students wishing to attend University in the USA.

Such celebrity sponsors and activists play a positive role in uplifting our society, especially amongst children who would otherwise not have the opportunity to be educated and as a result succeed on a broader basis in their lives.

For those of you who may not know, in 2013 we established Ask Life Skills NPC at Rundle College, a Non-Profit Company, with the specific intention of assisting deserving young people with their education and in helping to uplift their lives. The programme has been very successful, but its reach has been restricted due to limited resources. We have been able to uplift the lives and education of several students and they will now have a greater opportunity in life. Some have already graduated with their Cambridge International Education AS Level. If you are willing to assist, please consider making a donation to Ask Life Skills NPC. (Contact Jeannette jvdwalt@rundlecollege.co.za) Together we can help more young people to receive a quality education. There can be either a once-off donation or a monthly donation. The children of SA need a better education!

Back to previous page Next story
Share this Story 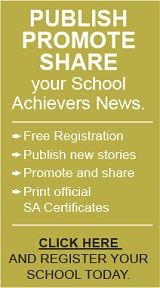 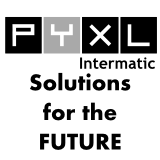